18 Months Of The London Life 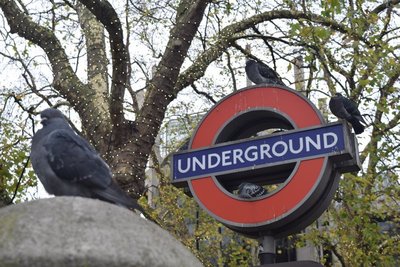 I can genuinely say that there have been a couple of occasions where I have genuinely got to a point where I couldn't stand the thought of staying in this city one second longer. It's taken it's toll on me a few times and I'd be surprised that anyone who has lived here for a while would not admit that it hasn't happened to them at some stage.

There are some fantastic things about living in London don't get me wrong and there have also been many time where I've thought how happy I've been to have lived/worked here. The problem I have is that those moments have been too fleeting and London feels like you have a to really fight and battle for those moment whereas in other places around the world you just don't have to. When I moved out to the Gold Coast in Australia to live and work the rewards felt immediate, you have the sun on your back, money in your pocket and head to any beach at sunset I'd be astounded if anyone thought they'd made a bad call being there.

I never really got that feeling in London though even from the outset. You move here and are already acutely aware of the immense cost associated with living in your tiny room that you can only just afford. Then there is the price of eating and drinking outside of your box room, the price of transport, not to mention the sudden realisation that you don't have a car so getting anywhere outside of the M25 ends up being another needlessly large expense. That's before your even get to the work side of things. Much more pressure and expectation from the outset, people are here from all over the world chasing a dream to be the best and every body is working longer hours with more responsibility as a result. I also found the city to be very claustrophobic, there doesn't seem to be a cycleway or park that isn't packed full of commuters or tourists, never mind the streets of this metropolis!

I've noticed a slight change in my character that London has slowly been engrained into me the last 18 months, whether this is a good or bad thing I'm still not entirely sure. I'm certainly more bullish now at work but it doesn't feel in a bad way. I take less flack from clients and from work colleagues because you have to build that harder outer shell here to deal with everything being thrown at you, even the way I walk I feel has changed. I'm happy to push anyone out of the way and stand my ground something that I would never do in England outside our capital. Maybe it's walking with more confidence or authority or maybe it's the aggressive London attitude being instilled into me slowly I'm not entirely sure yet.

I think back to arriving here and not knowing anything about the place apart from a few weekend sightseeing trips with friends. People are everywhere in this city and there is no getting away from the 24 hour nature of life that you kind of feel like you get pulled along with when you live in this place. There is certainly no taking London at half pace, there is no way of half assing being here, you have to give it everything that you have or you won't last. Those of us who live here call it a time trap but it's just because time seem to operate differently here. For example, the thought of being on a packed bus or train at 11pm on a Tuesday night elsewhere in the UK is pretty ridiculous thought but here that is just the norm, there are thousands of people doing it.

One thing that I am coming to realise about myself is that I'm not the city boy that I always thought maybe I was. For all the excitement, people, opportunities, activities and endless endless places to see, this place never feels like a place I could ever call home. Which is what life is about isn't it? Finding a place to settle with your partner and feeling like you belong.

This blog requires you to be a logged in member of Travellerspoint to place comments.

If you aren't a member of Travellerspoint yet, you can join for free.